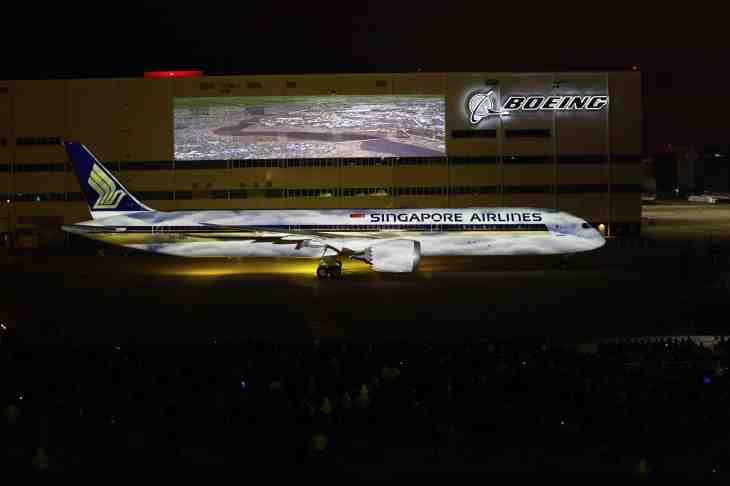 There is an airline investor who is so upset with Singapore Airlines (SIA) that he has written, via facebook, to Singapore’s prime minister requesting the removal of the company’s chief executive, Goh Choon Phong.

The SIA stalker goes by the moniker Seng Hoo Lim and claims to be both a shareholder and frequent flyer.

What is his problem?

As a stakeholder who had recently subscribed to SIA’s rights issue, he is livid with the CEO for allowing the flag carrier to allegedly accumulate jet fuel hedging losses of S$3.54 billion (US$2.5 billion).

He had implored Goh in 2015 and again in 2016 for SIA to cease its fuel hedging practices which, he claims, had resulted in the airline “losing market share in many markets”.

For the first time in its history, SIA is finding itself in a rare position – being openly criticised, castigated and chastised – by a sizeable number of citizens and the local media, who had hitherto used kid gloves to rebuke the carrier.

Many Singaporeans once assumed that their national airline was largely immune to the vagaries of the aviation industry which had afflicted other airlines.

After all, SIA had never lost money in a calendar year (not even during SARS), leave alone going cap in hand to its major shareholder seeking handouts.

Even the usually mild Business Times joined the chorus of critics, admonishing the once peerless airline on 23 September and positing that, reduced demand brought about by Covid-19 aside, “SIA has major problems to fix”.

It cited the carrier’s poor investment track record in overseas ventures and, with the help of various equity reports, singled out SIA’s controversial bets in the jet fuel futures market.

Gambling on crude prices is a bit like taking a punt on when the virus will be eradicated, if at all. You just do not know.

It is deceptive and volatile and unpredictable. Pretty much like selecting strategies for a World Cup final match: should your team play total football or deploy catenaccio?

Hindsight is always 20/20 and that is hedging.

It is incredibly tough for SIA (and any other airline) to successfully hedge and defend its hard-earned money against crude, a commodity whose prices are less determined now by market forces than by geo-politics.

The best and brightest at many airlines have come up short in the hedging circuit. In principle one does not hedge to make money (good if you could) but one goes into a hedge to reduce volatility.

More importantly, the costs of engaging in hedges and the duration – what drove SIA, for instance, to hedge so far out into the horizon, for five years?

The airline says it has always been transparent about its hedging policy.

But how does it explain the huge loss (S$1.1 billion) in 2016 when oil traders generally agree it was the least volatile year this past decade?

All things being equal, if CEOs are to be ejected from their posts solely from hedging losses, then very few airline bosses would survive beyond a couple of years.

It is not a good enough reason to boot Goh out on the basis of hedging losses. Other CEOs have lost lots more and been more reckless fiscally.

Admittedly SIA does have problems – existential or otherwise – that need fixing, but those which have been highlighted are mostly structural, including its long-held strategic obsession with high-end, luxury air travel.

These can be quickly resolved.

An SIA state of mind

One thing that is not easily fixed is attitude.

Attitude is everything, they say.

That SIA is able to soar continuously above the competition, retaining its air superiority over some of the wealthiest and most aggressive of rivals is quite a feat.

But SIA’s highly regarded leaders would do well also to maintain a dose of humility at home, on terra firma, and not exhibit an air of superiority over lower-ranking employees.

In short, SIA must listen to, not lord over, its people.

Past and present SIA rank-and-file workers have long grumble over the haughtiness of some senior executives and managers.

Arrogance and the “I know best” approach apparently permeate across Airline House and within the company.

Recently retrenched part-time flight attendants at one of its subsidiary airlines claim they were terminated by a mere phone call, not personally.

Cabin crew at the parent airline are exasperated, too, seeing how management had allowed pilots to strike a deal, agreeing to take deeper pay cuts instead of being culled while those who serve passengers take the brunt of the lay-offs.

Are pilots a special breed, they questioned.

In some ways SIA is a victim of its own success.

It is widely admired, respected and envied because it has excelled in a cut-throat industry, year in, year out.

SIA has flourished and thrived despite its handicap: absence of domestic market and Singapore’s small size (tiny, physically and population-wise).

Changi (and by extension, Singapore) is one massive air hub with SIA providing the extensive network (spokes) that attracts travellers from many continents to transit at the airport and onwards to hundreds of destinations served by the flag carrier.

The airline played its role to perfection previously.

If any single event sums up the danger and enormous opportunity faced by SIA, the pandemic is it.

Coming to terms with the need for radical in-house rehabilitation is crucial to SIA’s survival.

Speaking about change is one thing; adjusting the corporate culture is another.